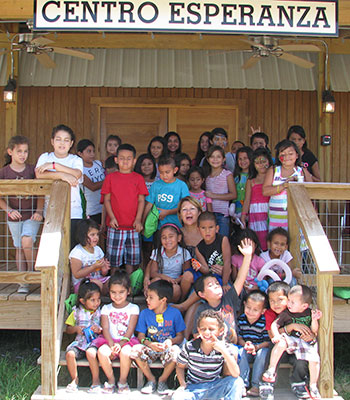 The Redwood community started to form in the mid 80's and has grown in size, population and subsequently need since. The community center movement was first born out of interest in planting a church in Redwood the summer of 1987. In 1988 there was an increased influx of immigrants from Mexico, and Redwood started to form into a more solidified community. Alongside growth in population, crime naturally rose and gang violence became more prevalent. This increasing need for education, infrastructure and low-income family assistance caught the eye of a few members in the community. JoAnn Carley and Evelyn McDaniels met at a women’s study in the church and began to discuss what community action would look like in Redwood. With the support of members in the community, JoAnn spoke with city representatives and the local sheriffs offices to raise awareness and gain support from the neighboring communities.

Over the years the community effort became incorporated, officially Redwood Community Center Inc. or RCCI. RCCI acquired a 2-acre plot of land in Redwood with the vision of a physical community center building on the property. During the early years of operation RCCI received 3 United Way grants with funds allocated to supporting programs that fed, educated and built community in the Redwood area.

Members came and went throughout the years but the vision and dream stayed alive. In 2013 Redwood Community Center Incorporated broke ground on a building, Centro Esperanza, with much support from members of Gary Job Corps, an agency devoted to education and technical training. Although Centro Esperanza is not located on the original 2-acre plot, a physical address has helped to establish beneficial community relations, gain funding eligibility, and most importantly increase the number of people served.
Centro Esperanza is looking to grow and develop in whatever ways best serve the community and advance RCCI's goal of helping Redwood help itself. Explore our website to learn more!